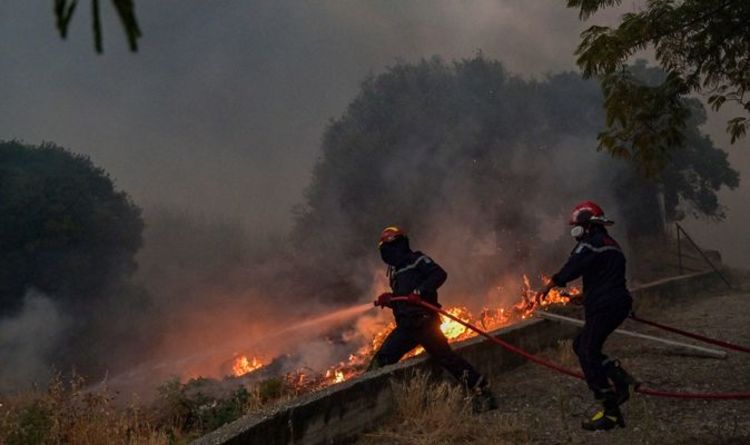 Home Secretary Priti Patel, who visited Greece this week, sent out a request and within 24 hours, a 21-strong team is being deployed to assist the Greek fire service and volunteers who are already tending to the disasters.

Firefighters from Lancashire, London, South Wales, West Midlands and the NRAT (National Resilience Assurance Team), will join those already tending to the 150 fires that are devastating the nation.

MFRS’ chief fire officer Phil Garrigan said: “Our Greece counterparts are struggling to deal with the scale of the wildfires. These fires are devastating the communities and putting lives at risk and it is only right that we as a country assist.

“The team of 21 firefighters will offer professional and technical skills to our friends and colleagues in Greece at a time when they need us most.

Thousands of tourists and residents have already been evacuated from towns north of the Greek capital, Athens, as the fires have already taken two lives – including that of a volunteer firefighter who was tending to the devastation.

Garrigan expresses his confidence in the team as they join the rescue effort – “I have no doubt that our teams will do all they can to assist our colleagues in Greece, along with their communities, during these devastating wildfires.

In a statement she showed her solidarity and concern for the cause stating: “I’ve seen first-hand this week the devastating wildfires ripping through Greece and the UK stands shoulder to shoulder with our Greek friends at this difficult time.

“I am immensely grateful to the brave firefighters for stepping forward and volunteering to help and their expertise will be invaluable in supporting the Greek emergency services”.

Earlier today more than 1,000 people had to be rescued by sea as flames engulfed the island of Evia. As the wildfires closed in on the shores north of the island, an evacuation order was issued in the villages of Pefki, Artemisio, Gouves and Vouliki.

Today marks the sixth day of the fires as Greece suffers its more severe heatwave in 30 years. Temperatures are set to soar to more than 40C in some areas and the spread of more fires is likely due to this, especially when combined with forecasts of strong winds.

The wildfires, said to be caused by climate change, are said to be unprecedented in scale, intensity and spread.