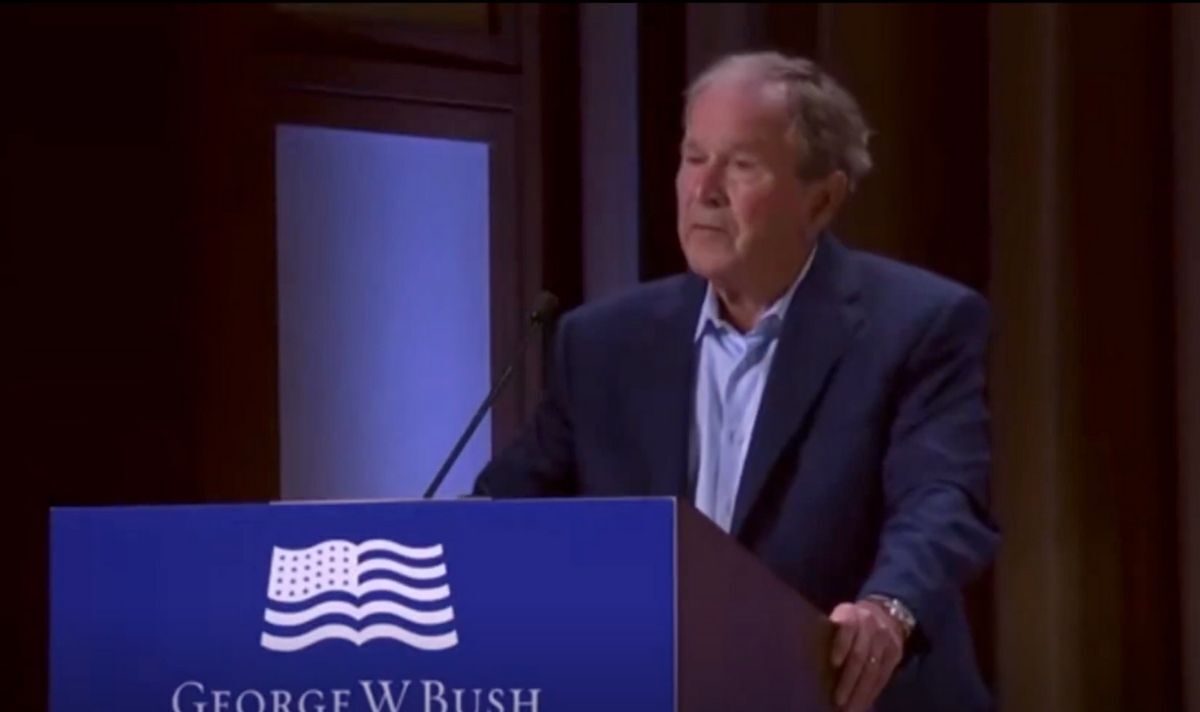 While delivering a speech on Wednesday on the importance of democracy, former US President George Bush accidentally condemned the “wholly unjustified and brutal” invasion of Iraq by Russian President Vladimir Putin. After the remarks, he corrected himself and blamed the mistake on his age jokingly saying “anyway, I’m 75”.

The slip happened while Mr Bush was giving a speech at an event on elections at the presidential centre in Dallas.

In his speech, Mr Bush stressed the importance of democracy and made a connection between the lack of democracy in Russia to the current invasion of Ukraine, saying that it was “the absence of checks and balances in the country and the decision of one man” and that actually gave Putin the green light to attack Ukraine.

He said: “In contrast, Russian elections are rigged. Political opponents are imprisoned or otherwise eliminated from participating in the electoral process.

“The result is an absence of checks and balances in Russia and the decision of one man to launch a wholly unjustified and brutal invasion of Iraq.

Then he corrected himself saying: “I mean of Ukraine”.

There was murmuring in the audience and Mr Bush appeared to say “Iraq too”, before blaming the embarrassing slip of the tongue on his age.

The audience appeared to burst into laughter.

During his presidency, in 2003, the US launched an invasion of Iraq to overthrow the authoritarian government of Saddam Hussein over allegations of him having acquired biological and nuclear weapons, which were never found.

Reports by Iraq Body Count appeared that prolonged conflict led to the killing of hundreds of thousands of people, with a number that seems to amount to 122,438.

During the speech, the former US President called Ukraine’s President Zelensky “a cool little guy” and compared him with wartime leader Winston Churchill, for the way he rallied the nation in light of Putin’s invasion.

Referring to the Ukrainian President, she added: “[Zelensky] is leading his nation heroically against Russian invading forces.

“The way countries conduct elections is indicative of how their leaders treat their own people, and how nations behave toward other nations.

“And nowhere is this on display more clearly than Ukraine”.