GB News panel erupts after guest calls French protesters anti-vax ‘This is what you do!’ | World | News 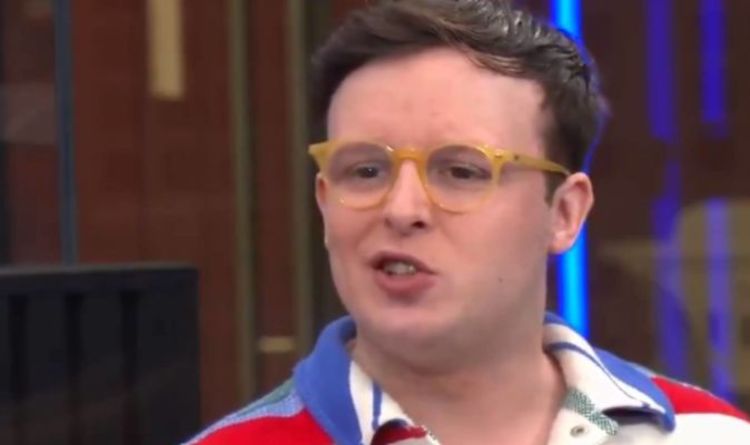 GB News host Dan Wootton and columnist Dawn Neesom looked at neighbouring France and their decision to introduce vaccine passports for hospitality and some travel in an attempt to crack down on COVID-19. But while the pair condemned the decision by the French Government – branding it “dystopian” – journalist Benjamin Butterworth thought the idea was a sound one and welcomed anything which could make citizens safer. But hell broke loose after Mr Butterworth stated opponents to the vaccine passports were anti-vax with Mr Wootton and Ms Neesom furiously attacking him for his ignorant views.

French President Emmanuel Macron introduced vaccine passports which will allow French citizens to enter hospitality venues if they can prove they have been double-jabbed.

Free PCR tests have also been scrapped to encourage people to come forward for the vaccine rather than repeatedly test themselves.

Mandatory vaccines for healthcare workers have also been introduced to the ire of many French citizens who have been protesting across France for several successive weekends.

Discussing the protests and decisions by French Government, Ms Neesom told GB News: “For once I’m with the French on this, they should be protesting and I hope to hell this doesn’t come in [here].”

Mr Butterworth interjected and wondered why Ms Neesom was “defending anti-vaxxers” which saw the panel groan and Mr Wootton taking up arms against the statement.

He added: “This is what you do and you know you’re doing it and it is destructive.

“Because I’m not an anti-vaxxer, I’ve had both jabs, and believe me I’m very much against these passes.

“I’m furious with people like you that say the protesters are anti-vaxxers… they are anti-dystopian vaccine passport.

In mid-July, protesters stormed a city hall and tore up a portrait of Mr Macron in anger at the decision.

Protests against the vaccine passports first began on Bastille Day and have occurred every weekend since the announcement.

Despite the outcry, over two million appointments were booked after President Macron revealed his plans with the French health portal crashing due to the surge in bookings.

France has also been taken off the UK’s amber-plus list after the UK Government backtracked on its decision to block travel due to the rise in the Beta variant.

It was soon realised the rise in the Beta variant was mainly isolated in the French island, Reunion in the Indian Ocean.