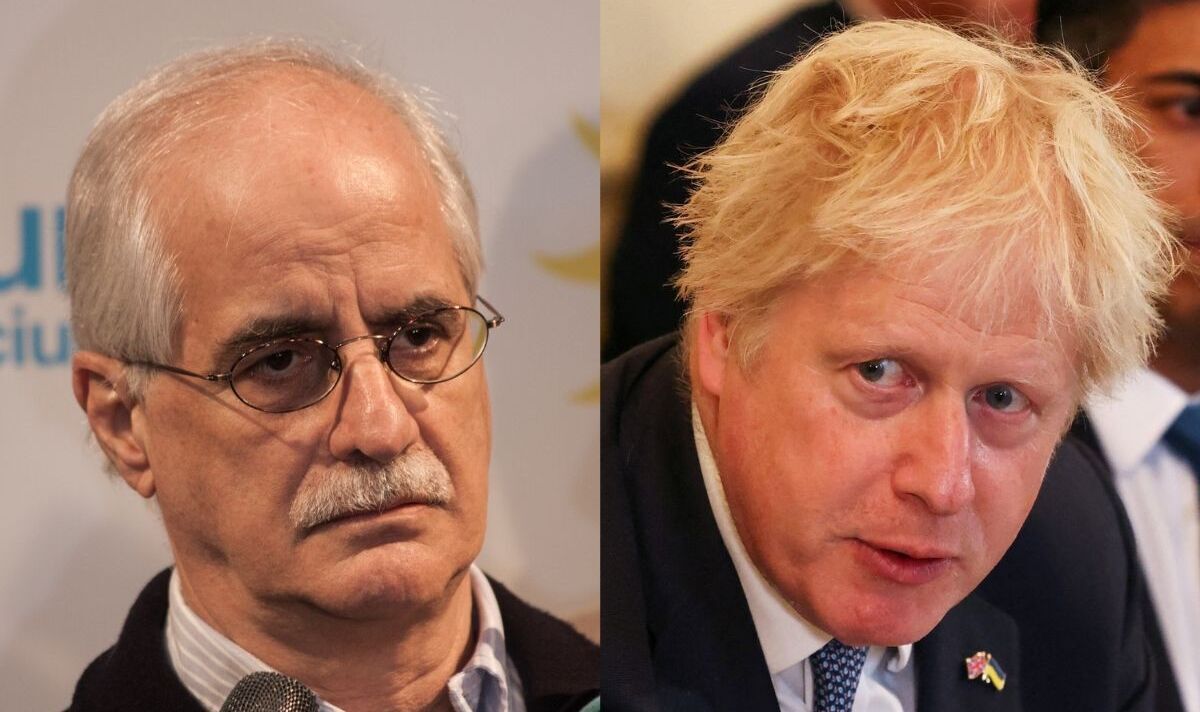 Boris Johnson has widely praised the UK’s response to the invasion of Ukraine, including highlighting his government’s role in helping the country remain a “free and sovereign nation” after visiting Kyiv last month. But the Argentinian Defence Minister has accused the UK of a double standard, claiming that their support for the integrity of a sovereign nation rings false considering their actions in the Falklands in 1982.

Jorge Taiana said the UK’s support for Ukraine was nothing but “cynicism”, claiming Britain denies Argentina’s rights over the Malvinas (the Argentinian word for the Falklands).

This comes as Argentinian officials have increasingly stoked tensions over who the rightful rulers of the Falklands should be.

The aggressive attack on the UK’s moral compass came as the defence minister highlighted the creation of the Argentinian Joint Maritime Command, a new initiative to “coordinate efforts to guarantee the security and the control and surveillance of our waters, of our territorial sea, of our exclusive economic zone”.

He said that the South Atlantic was “defined years ago by the coastal counties as their zone of peace and cooperation”.

However, this led to a searing attack on Britain.

He said this zone of peace and cooperation “is completely impeded by the permanent, provocative, aggressive presence of the United Kingdom’s fleet in our Malvinas Islands.”

He went on to argue that Argentina “requires Armed Forces to guarantee its independence and sovereignty”.

This comes after Argentina’s Malvinas Secretary Guillermo Carmona recently told local media: “We cannot rule out that there are British nuclear weapons in the Malvinas”.

He claimed there is “a continuous arms build-up which is reflected in the presence of a nuclear-powered submarine” on the Falkland Islands.

Britain, according to Mr Carmona, is committed to the “renewal of a state-of-the-art anti-aircraft missile system, military vessels and aircraft”.

Mr Carmona claimed Argentina has “historical, legal and geographical arguments and plenty of support in the world in its sovereignty claim.”

Argentina’s fascistic military dictatorship invaded the UK colony of the Falkland Islands on April 2 1982, claiming it had inherited the islands from Spain in the 1800s, despite the UK having ruled them for 150 years.

The brief but bitter war lasted 74 days, during which 655 Argentine and 255 British servicemen lost their lives, as well as three Falkland Islanders.

British control of the islands was regained on June 14 1982.