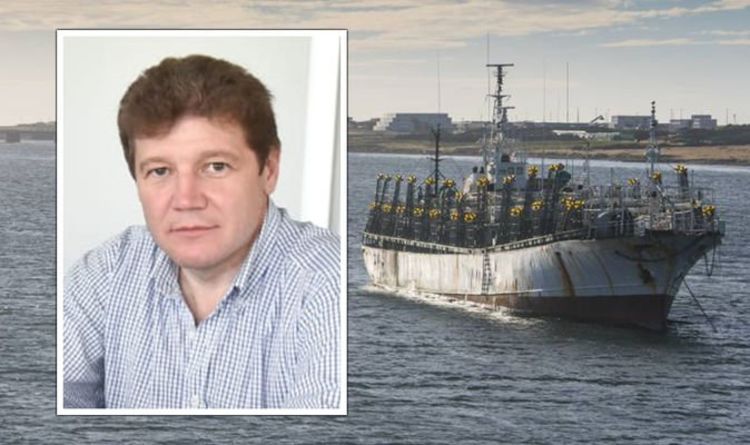 Sovereignty over the Falkland Islands, which Buenos Aires refers to as Islas Malvinas, has long been disputed by both Argentina and the UK. The islands were given full British citizenship in 1983, following the UK’s victory in the Falklands War. However, Tierra del Fuego governor Gustavo Melella has shared his fury at a new “pro-British movement”, as he lashed out at a sector of the Argentine opposition.

He denounced the movement, claiming they were “trying to normalise the occupation” of what he called “our country”.

Mr Melella wrote on Twitter: “I want to express my rejection of the advance of the ‘pro-British’ movement by a sector of the opposition, which is against the sovereign rights of our country over the Malvinas and the South Atlantic Islands.

“These statements respond to the pro-British stance of an opposition sector linked to the policy carried out by Macri, trying to normalise the occupation of our territory, claiming a surrender policy.

“The Argentine people are very clear about the Malvinas belonging to their territory, and for the residents of Tierra del Fuego in particular, this national cause is part of our DNA.

“We must be united in the face of this advance of the right, so as not to suffer again the ravages of a foreign policy at the service of colonialism.”

Former Argentine president Mauricio Macri, who is the leader of the opposing Republican Proposal Party, responded that this was not the aim of the movement.

Mr Melella did not give any specific examples of whom he believed was “pro-British” within the moment.

However, he alluded to comments recently made by Sabrina Ajmechet, a candidate for the National Assembly.

She said: “When people say the Malvinas belong to Argentina, they don’t sit down for a minute to think if they are Argentine or not, or what the Malvinas are.

“Galtieri sent soldiers to the Malvinas and that was a national psychotic act.”

She was referring to Leopoldo Fortunato Galtieri Castelli, who was the President of Argentina from December 1981 to June 1982, during the last military dictatorship.

All their comments sparked outrage over claims they were taking the side of the British – particularly from war veterans and family members of those killed in the Falklands War.