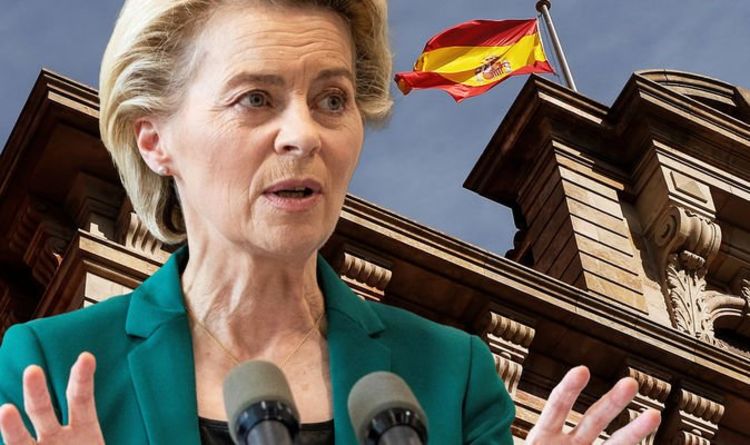 Across Spain, local authorities are embarking on a battle between ecologists and business owners over the demolition of some dams. The intense controversy that arose between supporters and detractors of the demolition highlights the problems generated by eliminating this type of infrastructure.

The EU see the move as an essential step to recover the good ecological status of rivers.

It comes as residents were left frustrated after an announcement in 2017 declared the public concession of the Los Toranes dam (on the Mijares river, in Teruel) to Iberdrola for its hydroelectric use was coming to an end

The plant, has been there since 1943 and residents did not think a demolition would be possible, according to Federico Martín, socialist mayor of Olba, one of the affected municipalities – who is favourable to maintaining the dam.

At the moment, the proposed demolition is waiting for the Superior Court of Justice of Madrid to resolve the appeal presented by Iberdrola, which agrees with handing over the dam because the concession has ended, but rejects the demolition go ahead.

EU news: Spanish residents are arguing over EU directives on the demolition of dams (Image: GETTY)

According to the European Water Framework Directive, authorities in charge of making the decision will have to look at the higher public interest.

To declare that best interest, the case must refer to health, safety of people, the environment or be a fundamental policy of the State.

Lashing out, Vox MEP Hermann Tertsch argued the issue is yet more proof the EU does not look after the interests of its citizens.

He blasted: “One more proof of how the European Union, from Brussels, with arrogance, ignorance, interfering and abusive ideology, dogmatism and contempt, is dedicated to legislating, regulating, regulating, intervening and imposing decisions against the interests of the Spaniards.”

“Enough water to all corners of Spain.

“Not a drop wasted.

“Not a thousand directives can impose the death of our field on us.”

Outraged Spanish citizens joined calls from the two MEPs to hit out at the Brussels bloc.

One said: “They want a Spain that is impoverished, humiliated and dependent on handouts from the European Central Bank.

“It is the same logic of the communists towards their citizens.”

And another said: “The ecological damage that the destruction of only one dam would cause in the ecosystem shows that we are dealing with satanic psychopaths.

“The most anti-ecological thing would be to replace dams with mills, but from the Soviet EU I expect everything.”

Someone else added: “The EU destroyed our industry to get into it.

“Now it wants us to be thirsty.”

Another Twitter user added: “The EEC was the Trojan horse with which they want to enslave us.”

It comes as Spanish Prime Minister Pedro Sanchez said on Wednesday that Spain would allocate 40 percent of its European recovery funds to projects related to sustainability and the environment.

However, he highlighted the contradictions of some of the measures proposed in Europe to fight climate change, in particular a proposed carbon tax, a tax on energy brought in from third countries where the ‘cleanliness’ of production could not be certified.

Spain was one of the first countries to call for such a tax in Europe.

“It’s a matter of having a level playing field – in Europe we don’t feel we’re playing with the same level of protection,” he said, referring to competitors in Asia.

However, Sanchez warned the policy could have a “regressive” effect by hurting low-income consumers and said European leaders needed to consider potential impacts.

“It’s key that this transition has an inclusive and not elitist perspective,” he said.

Pointing to the end of coal mining in Spain, which included a compensation fund for former coal workers, Sanchez said similar mechanisms may be needed to minimise the inequality-deepening potential of the proposed carbon tax.