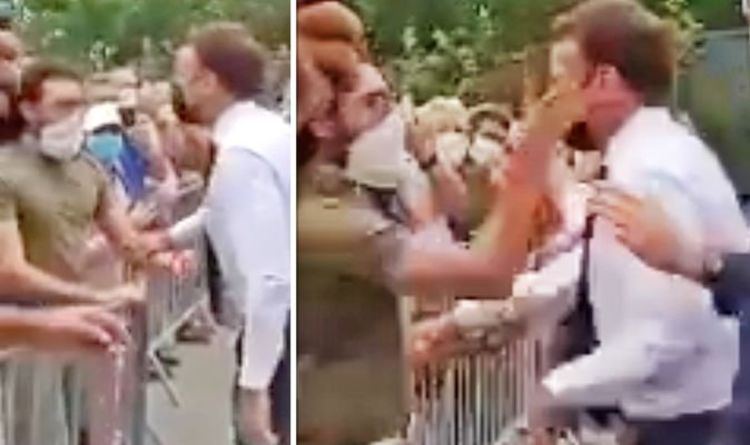 President Macron was struck throughout the face by a protestor whereas he mingled with the general public throughout a go to to a city in southeastern France. Footage captured the second the blow landed catching the French President completely unexpectedly. Mr Macron was protected by metallic obstacles separating him from the gang however the assailant managed to strike the world chief together with his palm.

Mr Macron’s shut safety crew may be seen speeding in because the French President reeled from the blow.

He’s shortly escorted away by a bodyguard whereas the gendarmerie moved in to evict his attacker.

The protestor was heard yelling “down with Macronism!” as he struck.

Macron was visiting the city of Tain-l’Hermitage, within the Drôme division when the incident happened.