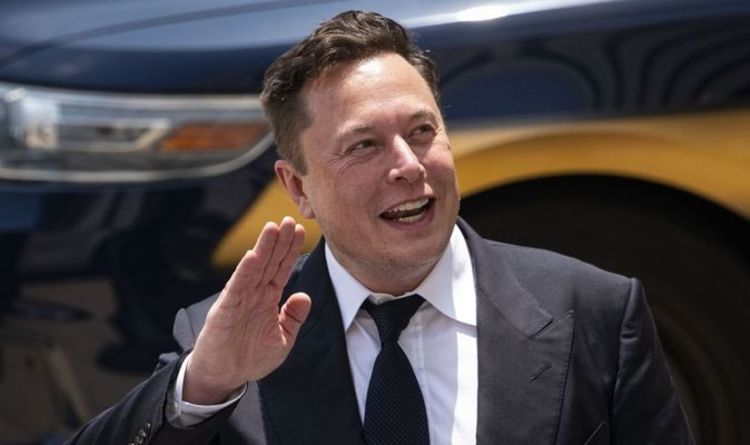 According to figures, Mr Musk’s Tesla company has the best-selling model in Europe. The Tesla Model 3, produced sales of 24,600 units in Europe, making it the best-selling car on the continent for the first time. Volkswagen’s Gold model came in fourth in the figures for 2021 in a blow to Germany’s automotive dominance.

According to the figures compiled by Jato Dynamic, the sale of the model accounted for 24 percent of the total market share for electronic cars.

Such is the growing dominance of Tesla in the EU that the Model 3 grew 58 percent from September 2020 in terms of sales.

While Tesla sales increased, no other electronic vehicle model made the top according to the figures.

These increased figures come amid a global semiconductor shortage.

NordLB analyst Frank Schwope remarked how well Tesla had coped with the crisis while other companies hadn’t.

He told Die Welt: “The company is clearly coping with the industry-wide chip shortage significantly better than the established automobile manufacturers.”

Semiconductors are vital for cars and are involved in batteries and windscreen wipers.

It became the fifth firm to reach that milestone.

Shares in the company climbed after car rental firm Hertz struck a deal for 100,000 vehicles.

Tim Urquhart, principal automotive analyst at IHS Markit praised Mr Musk for how he had grasped an opportunity in the market.

He said: “Elon realised that you could buy in the engineering knowledge.

“The clever stuff, the electric powertrain, batteries, software, was what he concentrated on and no one else was really doing.

“And he was in the right place at the right time with the right idea.