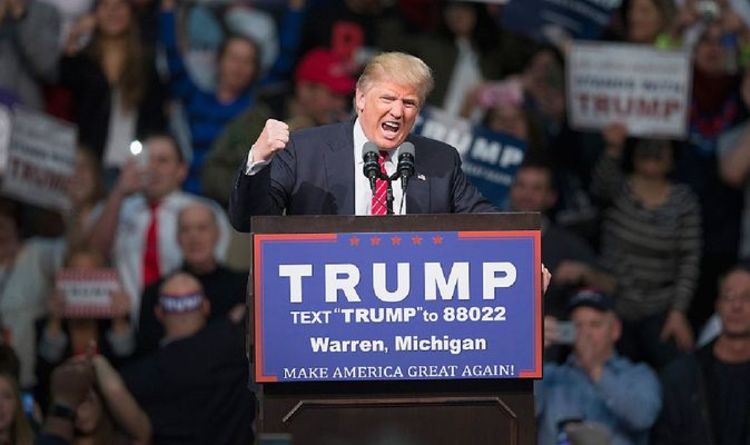 He also refused to rule out the possibility that he would run again for the White House in 2024. Mr Trump was decisively beaten in last year’s Presidential elections by his Democratic opponent. Despite his defeat, the ex-POTUS has remained a vocal critic of the Biden administration and its policies.

His latest attack on the incumbent President came during an interview with his former press secretary Sean Spicer, who hosts a show on Newsmax.

“Our country has gone really downhill in the last eight months, like nobody’s ever seen before,” Mr Trump said.

“And we’re not going to have a country left in three years, I’ll tell you that.”

Later in the interview, Mr Spicer attempted to elicit an answer from Mr Trump about his intentions for 2024.

The former President refused to rule out running again, although he stopped well short of committing himself.

“I will probably not comment on that, but I will tell you I think you will be very happy, Sean,” he teased.

“I think you and a lot of other people that love our country are going to be very happy.

“I could make [the announcement] soon, but that gets complicated.”

A survey carried out by the veteran Republican pollster Tony Fabrizio of GOP voters in July indicated that he would get roughly half the votes in a contested primary.