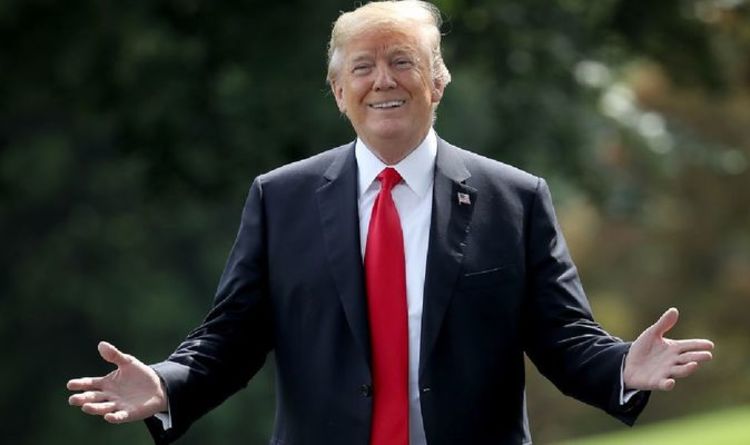 Anthony Sabatini is a Republican member of the Florida House of Representatives and is running for Congress in 2022. An ardent supporter of the the former US President, Mr Sabatini called on his supporters to back his petition to rename the state highway in honour of Mr Trump. Taking to Twitter, he wrote: “BREAKING: Today I filed the Bill to name Florida’s longest road—U.S. Highway 27—the “President Donald J. Trump Highway,” to honor one of America’s greatest Presidents.

The post was accompanied by a map of Florida with a red line marking out route 27.

Social media users took to Twitter to express their thoughts on Mr Sabatini’s proposal and for the most part they seemed singularly unimpressed.

One bright spark pointed out the similarity of the accompanying photo to an anatomical feature of the human body – in particular that of the male species.

They wrote: “That’s a urethra. Correction: That appears to be a DISEASED urethra.”

Another commented: “Going north to south, it looks like a urethra.

On his campaign website, he describes himself as an “American-First conservative” and said he decided to run because “the spineless and corrupt Republican Establishment turned its back on President Trump and refuses to fight for our America-First agenda.”