Dominic Raab dodges quarantine rules with no consequences – ‘one rule for them, one for us | World | News 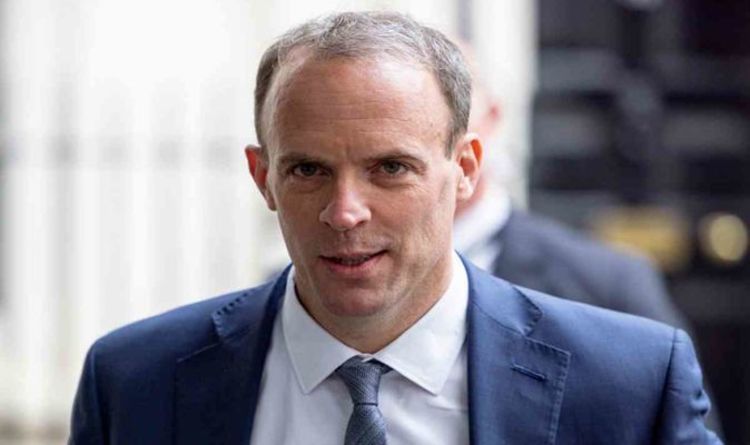 The Foreign Secretary did not quarantine after returning from a diplomatic trip to France. Mr Raab was in Paris for a meeting with French counterpart Yves Le-Drian on July 27. At that time returning from France, which was on the amber-plus list, meant that arrivals must quarantine.

The rules covering quarantining after visiting France have now been relaxed, but, at the time of Mr Raab’s visit the Government rules dictated that he isolate for 10 days.

However, Mr Raab used an exemption for Cabinet ministers to avoid quarantine.

Just one day after returning he met with Kenyan president Uhuru Kenyatta in London.

Mr Rabb proceeded to then have a meeting with Princess Anne on the evening of July 28.

She added: “No wonder the Tories don’t understand the chaos they’ve created when ministers don’t apply the rules to themselves.

However, Mr Raab’s department defended his actions and said: “He’s the Foreign Secretary.

“It’s his job to represent the UK abroad.”

However, a spokesperson from the Foreign Commonwealth and Development Office (FCDO), said: “The Foreign Secretary travels on diplomatic business within the rules.

“It is his job to pursue the UK’s interests abroad.

“This includes on security, trade, and international development.”