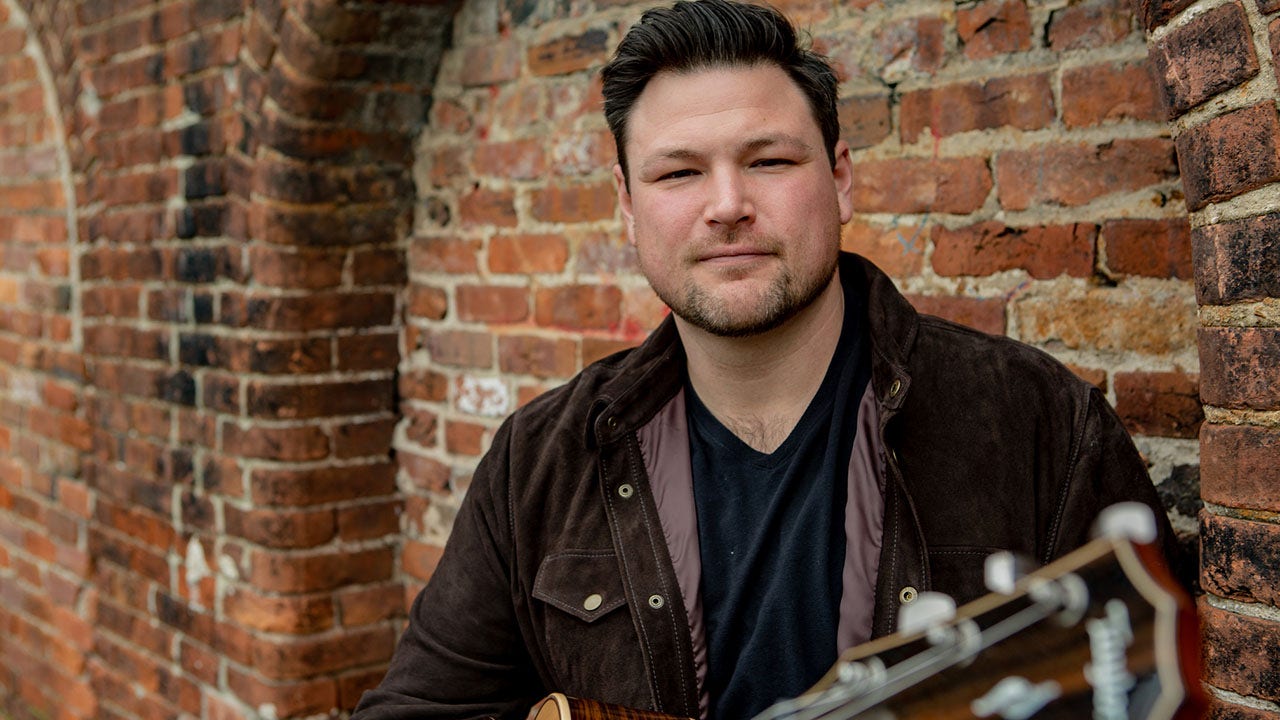 Blake Shelton: What to know

Did you know that when Blake Shelton was 8 years old his mom entered him in beauty pageants to sing? Find out everything you need to know about country music star Blake Shelton.

Nashville-based country music singer/songwriter Ian Flanigan — a finalist on “The Voice Season 19” — is the creative force behind the current single, “Grow Up,” featuring Blake Shelton.

It’s had over 2 million streams so far and that number is growing rapidly. But that’s only a piece of his personal success story — which, like most musicians’ early years, has had its share of bountiful bumps and interesting struggles earlier on.

“I’m focused on working really hard and staying on track.”

At next month’s CMA Fest, Flanigan will be among the hundreds of performers in downtown Nashville; the festival returns this year following a two-year pause because of the COVID-19 pandemic.

Ian Flanigan grew up in Saugerties, N.Y. and is today based in Nashville. He talked to Fox News Digital about his career so far, his life — and what he learned from star Blake Shelton.
(Nightcap Entertainment)

In a recent interview with Fox News Digital, Flanigan — born in upstate New York and today based in Nashville — said, “I feel really great about where I am now and about the team I have in place, and I’m focused on working really hard and staying on track.”

Here are highlights of a Fox News Digital interview with Flanigan about his role models, growing up in New York, life lessons learned — and much more.

‘How Blake Shelton saved me’

“When I first got on ‘The Voice,’ I recognized that I was with some of the best singers on the planet — so I really wasn’t planning necessarily to make it to the finale or anything,” said Flanigan.

Blake Shelton, said Flanigan, “saved me a few times for the show. He was the only one who turned around in the beginning.”

Flanigan also said about Shelton, “He gave me a lot of great insight. I’m a baritone, so I always sing pretty low — and at one point I said to him, ‘You know, I don’t really have these high notes,’ and he said, ‘You’ve just gotta be yourself.'”

“He’s really good at appreciating authenticity and advocating for that — and owning your originality,” said Flanigan.

Blake Shelton has “always brought me back down and said, ‘Be yourself, man. That’s all you gotta do.'”

“Especially in the arts or anything these days — and with social media — you can get caught up in thinking you should be something else. He’s always brought me back down and said, ‘Be yourself, man. That’s all you gotta do.'”

“And he does that himself in his own career,” Flanigan added, “which is why I think so many people love him and he’s been so successful.”

He added that “Shelton is a really busy guy and I try not to bother him too much! But I always enjoy connecting with him and talking with him. He’s amazing.”

What he learned growing up in Saugerties, N.Y.

Flanigan grew up in Saugerties, N.Y. in Ulster County, on the west bank of the Hudson River.

“I grew up four miles from Woodstock, N.Y. The music scene in the Hudson Valley is really intense,” he said. “There are a lot of heavy hitters up there.”

Ian Flanigan is shown on stage during an appearance on “The Voice.” “I’ve always had support from my hometown,” he told Fox News Digital.
(“The Voice”)

Nearby, he said, is “Levon Helm’s studio, [home of] the Midnight Ramble. Just the caliber of musicians up there has always pushed me to be the best that I can be in multiple genres, especially in Americana, country and folk.”

Flanigan said that “the best thing I’ve ever gotten out of my hometown is that being a musician has always been a highly regarded career path, no matter what the outcome may be.”

“I really got my education on the road, from older musicians.”

“I’ve always had support from my hometown. I’ve never been questioned” about his ambitions or the like, he said, “because maybe it wasn’t necessarily the best financial choice of career. I’ve always been supported with that.”

Flanigan said he began playing guitar and singing in bars at around age 17 — “and never looked back.”

He said in high school he took music lessons and learned a lot about playing guitar during those private lessons. “But I really got my education on the road, from older musicians,” he said.

Why he says that by following ‘your passion, you’ll work 10 times harder’

“The main thing I’ve learned over time,” said Flanigan, “is to follow your passion. If you do that, you’ll work 10 times harder” at what you love than if you’re doing something you don’t care for very much.

Ian Flanigan with his guitar. “You’ve just gotta keep pursuing” whatever it is you care about most, he told Fox News Digital. (Nightcap Entertainment)

He said there were some years when “it might not have looked like I was going down the right path.”

“But you’ve just gotta keep pursuing” your dreams, he said.

“I realized, We are building a really substantial team, and we’re starting to be supported in a much more continuous way.”

“About three-and-a-half years ago,” said Flanigan, “my fiancé, along with my stepdaughter — we sold everything we owned and moved into a 24-foot Winnebago. And we set off on the road to make it any way we could.”

PATRICIA HEATON’S MOST INSPIRING LESSONS FOR A GREAT LIFE

There were moments along that journey, he said, that he wondered if he’d done the right thing.

He said it was after being on “The Voice” that he started working with Reviver Music — and “I realized, We are building a really substantial team, and we’re starting to be supported in a much more continuous way that we can rely on,” he added — as opposed to the independent scene, he said.

He said that otherwise, “you end up doing a lot of one-offs.”

But with a team, “I knew we were doing the right thing.”

How he appreciates those who’ve backed him 100%

Flanigan gave a shout-out to his partner, Ayla, for all she’s doing and has done to help him in his musical journey.

“My fiance, Ayla, has worked just as hard as I do, if not harder, for the same goal,” he said. He cited her “incredible management skills and her artistic sense” for being key to his success.

DON MCLEAN TO FOX NEWS DIGITAL: ‘I DID THE RIGHT THING WITH MY LIFE’

He said that it’s “all about the team.”

No matter what skills and ambitions one might bring musically — it’s the team — the family, the village — that ensures success, he said.

“She has been my number-one supporter along this whole amazing journey. Not a day goes by that I’m not grateful for her,” he said.

In the year ahead, Flanigan said, he’s “hoping to do as many shows as possible” and is excited about the opportunities to perform and get out in a big way among audiences and music fans.

Flanigan’s music has been described as “an eclectic blend of progressive country/Americana and percussive fingerstyle.” He’s appeared on stages with Blake Shelton as well as with John Fogerty, Grace Potter, Tedeschi Trucks, Corey Glover, Chris Knight, Dwight Yoakam and others.

Flanigan is also the force behind the single, “Under A Southern Sky” (available on all digital platforms).