TRENDING NOW
Pfizer says COVID booster offers protection against Omicron | Decades-old cold case of missing Tennessee teens reopened after diver finds car underwater | France and Italy handed rare victory over EU – bloc backs down on hated rules | World | News | Amazon’s AWS outage could have been much worse | Stitch Fix, Roku, Norwegian Cruise Line and more | More young children are killing themselves: The COVID-19 pandemic is making the problem worse | Scarborough Notes that Meadows Accidentally Gave Away the Trump Administration’s Biggest Fear | WHO ‘confident’ current COVID-19 vaccines will work against Omicron | There are more private equity exits than there have been in 2 decades. How long will it last? | The Hosts of “Fox and Friends” Mourn an “American Icon” After Someone Burns Down Fox’s Christmas Tree | 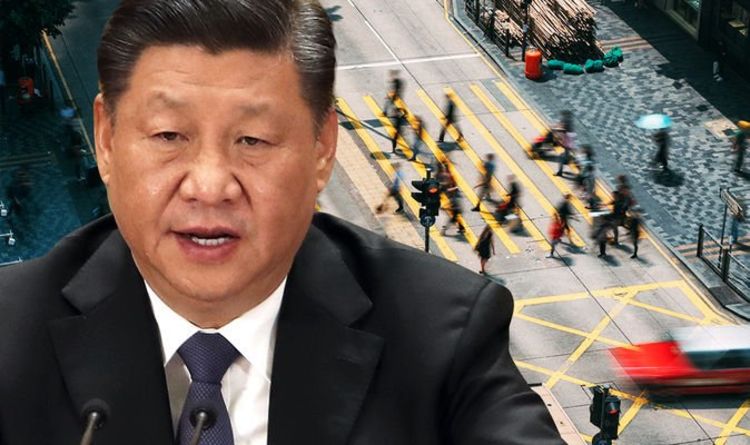 Chinese “sleeper spies” have applied for British National (Overseas) visas, according to Government sources. Sleeper spies are agents that infiltrate a country to stay there in the long term as a potential asset in the future.

The source told the Times: “There are stringent background checks in place for the visa applications — and they’re in place for a reason.

“The vetting process for the BNO visa scheme is much more thorough than any other.”

Lord Patten of Barnes, the last governor of Hong Kong, warned about the possibility China would try to infiltrate the UK.

He said: “We are dealing with a totalitarian state which uses informers.

“If anybody has fears that the Chinese Communist Party (CCP) will seek to place informers and people who will steal security secrets in open societies then they are entirely justified.

“We should get real about this.”

A letter from the Hong Kong government has informed several foreign consulates it no longer accepted the the British National Overseas (BNO) passport as an approved document as of January this year.