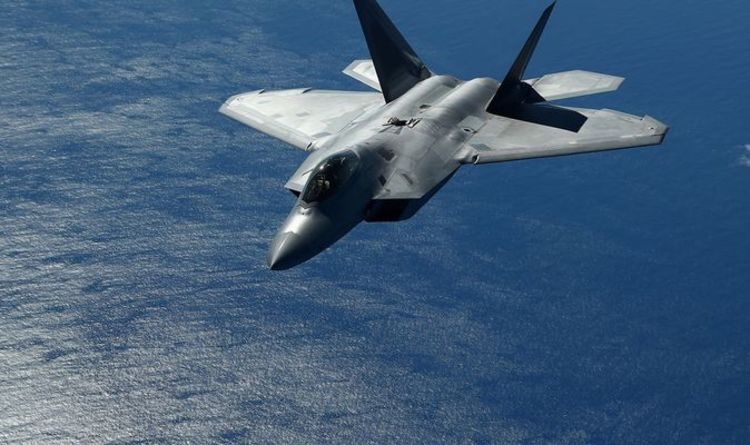 The stealth fighters, which arrived in Guam on Sunday, will take part in a military exercise near the Tinian islands for Operation Pacific Iron 2021. Pacific Air Forces in Hawaii confirmed approximately 25 F-22 Raptors from the Hawaii Air National Guard and from Joint Base Elmendorf-Richardson, Alaska, have been deployed.

He said: “We have never had this many Raptors deployed together in the Pacific Air Forces area of operations.”

The operation is meant to project forces into the US Indo-Pacific Command area of responsibility showing the US to be “a more lethal, adaptive, resilient force”.

Images of the F-22s arriving at Andersen Air Base in Guam were shared on the Defence Visual Information Distribution Service (DVIDS).

According to a statement from Pacific Air Forces, other aircraft from Idaho and Japan will join the F-22s for what the Air Force calls an Agile Combat Employment operation.

The Agile Combat Employment operation will distribute the combat aircraft to other airfields across the region to increase survivability from enemy missile strikes.

Carl Schuster, a Hawaii-based defence analyst and a former director of operations at the US Pacific Command’s Joint Intelligence Center, said the deployment of the Stealth fighters is sending a strong signal to China.

READ MORE: China threatens US with retaliation as Beijing officials ‘set off’

Experts fear that a strike on those bases could seriously endanger an American attempt to retaliate to enemy threats.