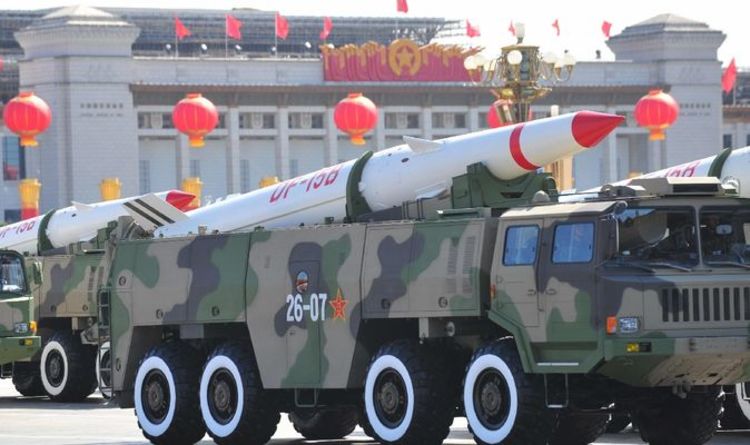 China has constructed a vast network of silos to house the superpower’s growing nuclear arsenal. Satellite images have captured what appears to be a new silo field under construction in the west of China. A nuclear nonproliferation expert has warned the US outlet Fox News that these new facilities are equipped with nuclear weapons capable of targetting the entire United States.

Fox News presenter Bret Baier reported: “A second missile field capable of housing nuclear missiles that could reach the US has just been discovered in China.”

“When complete it will have more than 200.

“That is half the number of land-based silos the US military has in the western United States.”

He told Fox News: “What silos are great for is soaking up enemy warheads.

“If you look at China’s silos, which are now in the order of 230/40, it takes at least two nuclear warheads to destroy each silo.”

According to Mr Lewis, the new Chinese bases will be able to launch multiple nuclear warheads at targets over 9,000 miles away.

“We have about the next four of five years to work out what the West needs to do to work with and allow a graceful avenue for China and the rest of the world to work together.

“If we don’t find a solution then we will be so disempowered that China will hold all the cards.”

The Chair of the House of Commons Defence Select Committee continued: “That I think is going to make for a very miserable century.”

“This is the real test for the West,” he added.