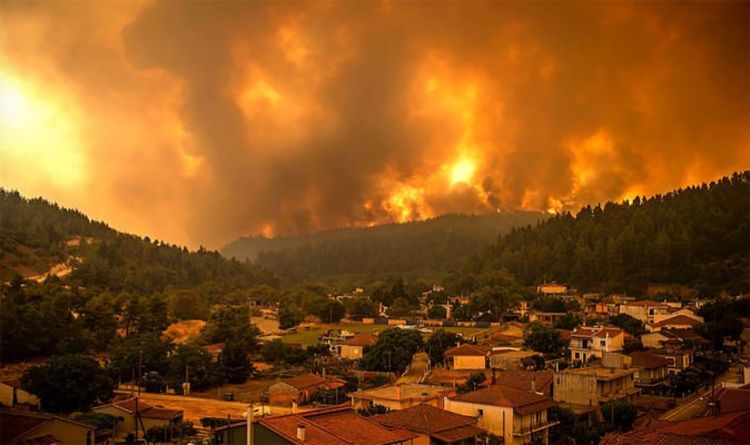 The dramatic sea rescue came as British firefighters flew in to help tackle the blazes.

A 21-strong team was put together in just 24 hours after Home Secretary Priti Patel saw first hand the devastation on a visit to Greece last week. It includes firefighters from Merseyside, Lancashire, London, South Wales, West Midlands and the National Resilience Assurance Team.

The fires have obliterated vast swathes of forest throughout Greece, burned scores of homes and forced thousands to flee.

They include more than 1,000 rescued by ferries as blazes tore across the island of Evia. One volunteer firefighter was killed.

Greece is suffering its most severe heatwave in 30 years, with temperatures of more than 104F (40C) in some areas.

Ms Patel said: “I am immensely grateful to the brave firefighters for stepping forward and volunteering to help.”