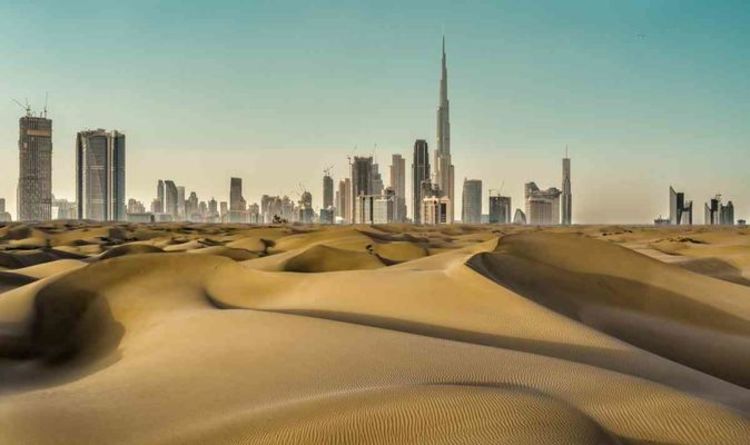 Restauranteur Luke Tully spent 19 months in a Dubai jail after he was sent a message knew requesting a table for ten people. However, police in Dubai mistakenly believed the text was a coded request for 10g of cocaine. Mr Tully is 43 years old and a father of four.

Reports said that police officers from Dubai had threatened to throw him off a balcony unless he “told them where the drugs were”.

The Briton and two of his friends were released in August by a judge because of a lack of evidence.

However, prosecutors in Dubai are appealing against the decision.

Mr Tully spent £150,000 on legal fees throughout the case and is now back home in Bishop’s Stortford in Hertfordshire.

JUST IN Gaffe prone Joe: US President calls female Mayor ‘Mister’ as he stumbles through speech

The news comes after a UK football coach has been jailed for 25 years.

This happened after his friend’s CBD vape was found in his car.

The Briton, 24-year-old Billy Hood, moved to Dubai last year to work as a football coach.

After a shockingly brief 15-minute court session Mr Hood was given the maximum sentence of 25 years in prison.

Mr Hood’s friends have now rallied round to help pay his legal fees, raising more than £12,000.

Speaking about Mr Hood’s case Foreign Office spokesman told the Daily Mail: “We are giving consular support to a British man who has been imprisoned in the UAE.”