Brexit ‘not the main cause’ of HGV driver shortage | World | News 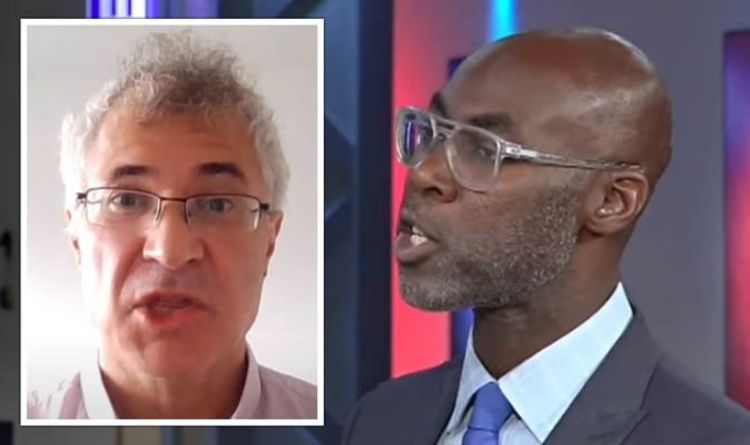 British economist Professor Jonathan Portes has slapped down attempts in the European Union to place the blame for Britain’s lack of HGV drivers squarely on Brexit. The King’s College London academic was invited onto the French-based channel Euronews to discuss the current crisis in the UK amid a chronic lack of lorry drivers to transport fuel to the pumps.  Professor Portes told the outlet Brexit was not the “main issue” behind the shortage.

Professor of economics and public policy Jonathan Portes told Euronews: “[Brexit] is a cause but it is not the main cause.

“The shortage in lorry drivers is partly a Europe-wide issue.

“Because during the pandemic we lost a lot of European HGV drivers and many of them have not unreasonably chosen not to return to the UK.”

Anchor Tokunbo Salako went on to ask whether a European working being made to feel “unwanted” in the UK was having an impact in other areas of the economy.

However, Mr Portes dismissed this, pointing to the fact lots of Europeans have applied for the Government’s settlement scheme.

He said: “I actually do not think that is a big deal.

“Or any other left-wing broadcaster these past few days desperate to pin this whole mess unfairly on Brexit.

“That’s simply not backed up by the facts on the ground.”

He continued: “The International Road Transport Union reports 400,000 drivers are needed across Europe, including 40,000 in Germany alone, 43,000 in France, and 15,000 in Italy. In the US there’s a requirement for 63,000 extra drivers, while China needs four million more.

“As ex-Tory leader Iain Duncan Smith – who once trained as an HGV driver, by the way, told the Mail on Sunday, ‘the BBC insists on making this about Brexit and pretending that this is a problem confined to the UK, this is a Covid issue affecting not just the whole of Europe but the world.'”