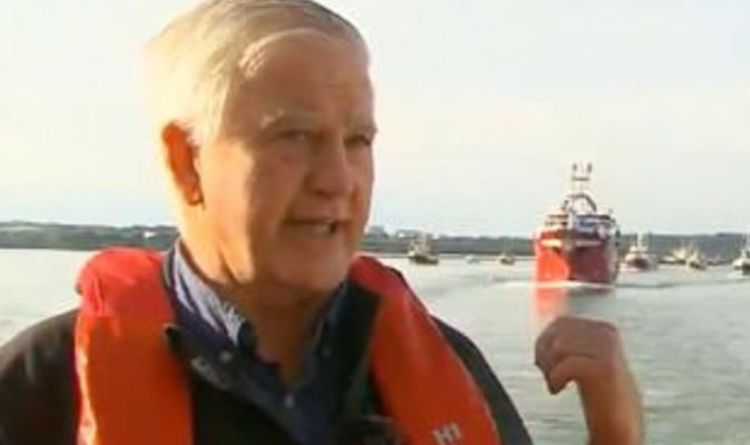 A fleet of fifty Irish fishing vessels travelled to Cork Harbour in protest of the brand new post-Brexit guidelines on fisheries earlier this week. The fishers have been arguing that Brexit quota restrictions are limiting their entry to UK waters have had a extreme influence on their business. Their frustration is heightened by the truth that vessels from European Union international locations as France and Spain vessels are having fun with better entry to the catch out there in British waters in comparison with Irish fishermen,

Chatting with RTÉ Information, fleet member and proprietor of the Blue Horizon ship from Castletownbere Joe McGuiness voiced his frustration.

“We’ve all this water off our west coast, and we’re principally not allowed to catch fish in it,” he stated.

“All the opposite boats from different EU international locations, France and Spain particularly, are simply mopping up what actually ought to be out there to the Irish fleet.”

Dinah Busher from Kilmore Quay, proprietor of the Ellie Ádamh vessel, stated: “The quotas that we’ve got, they’re not paying the payments.

“The bills for every journey, they’re not being coated. So clearly that leaves companies and boat house owners in a really unhealthy state of affairs.”

John D O’Sullivan, proprietor of the Ronan Ross from Castletownbere, added “We’ve got crew members with us for 20 years, and what we actually must see going ahead is a future for them.

“We want a future for the entire coastal communities, at shore, and at sea.”

The ISWFPO web site calls for a “Renegotiation of Frequent Fisheries Coverage in order that Eire is allotted a justifiable share of fish quotas that replicate the contribution of our fishing grounds to the EU.

“The Brexit TCA Settlement between EU and UK was each unfair and unjust and penalised Eire’s fishing business. This should be equal Burden Sharing all through the member States.”

These protesting on the fleet plan to disembark in Cork to carry a subsequent rally.

They’ll ship a letter to the Cork workplace of Irish Taoiseach Micheál Martin.