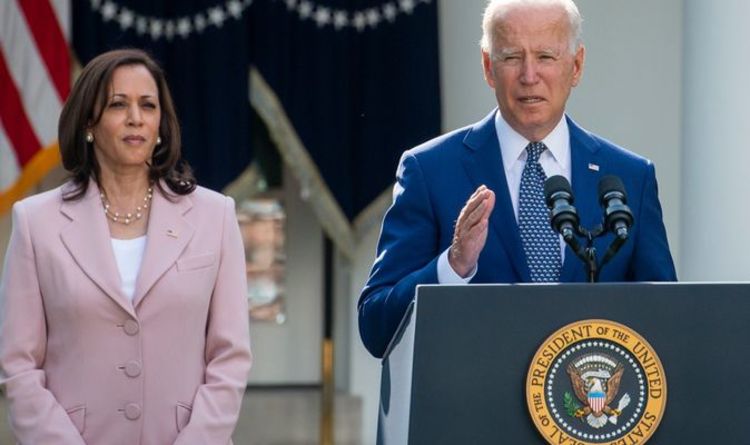 Joe Biden’s physician Dr Kevin O’Connor said in a statement seen by People the President had a single, three millimetre polyp removed from his ascending colon during an operation last week.

Dr O’Connor said the growth was identified as tubular adenoma.

It was a benign and slow-growing lesion that is “thought to be potentially precancerous.”

O’Connor said the procedure was similar to one Biden previously underwent in 2008.

He added: “No further action is required at this time.”

Dr O’Connor also suggested the 46th President will repeat another colonoscopy in seven to ten years.

In a statement, White Press Secretary Jen Psaki, 42, said: “Later this morning, the President will travel to Walter Reed Medical Center for his routine annual physical.

“As was the case when President George W. Bush had the same procedure in 2002 and 2007, and following the process set out in the Constitution.

READ MORE: US President on dangerous trajectory that could rival Trump

Press Secretary Jen Psaki said on the presidential plane that “yes, it is his intention,” to run for re-election in three years’ time.

If he stands for re-election Mr Biden will be a fortnight away from his 82nd birthday on the day of the next election.

Mr Biden previously served as the 47th Vice President of the United States from 2009 to 2017 under Barack Obama, 60.