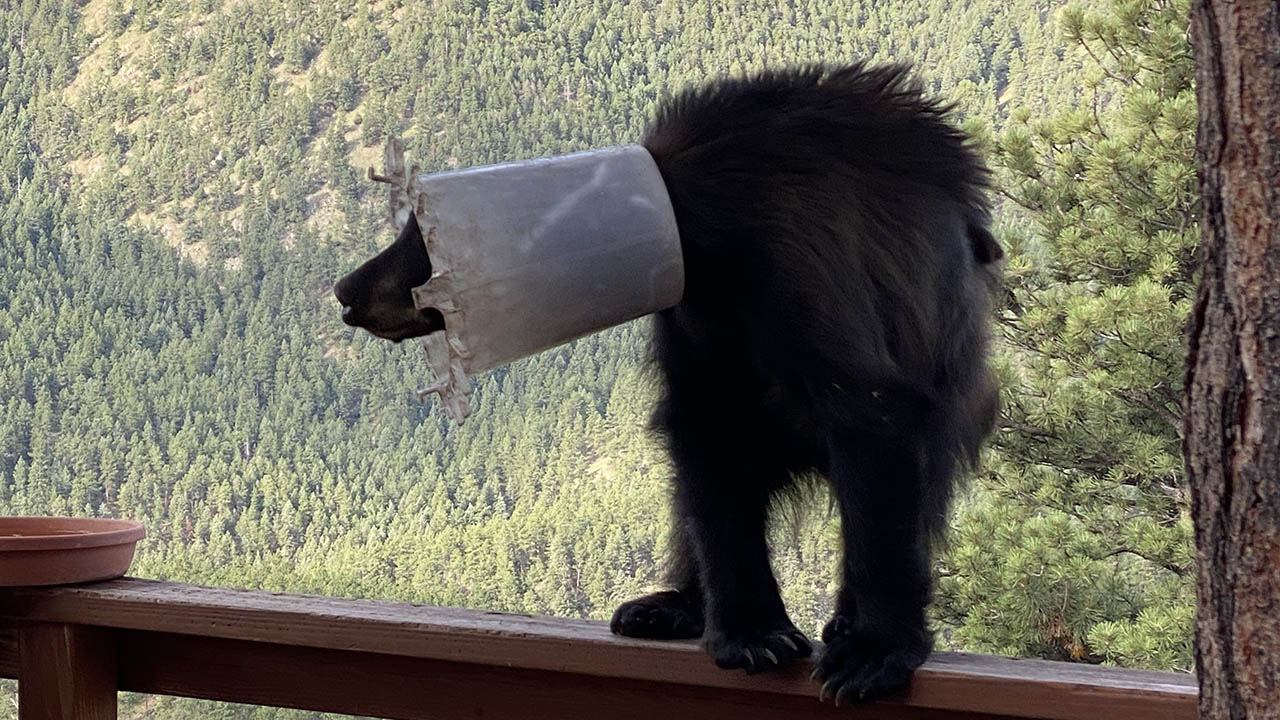 (NEXSTAR) — A female bear who had her head stuck inside a chicken feeder for over a week has finally been freed, officials with Colorado Parks and Wildlife (CPW) said Thursday. The bear was first spotted wandering the foothills west of Boulder on July 6. A few days later, CPW officials urged concerned residents to call in any sightings, ultimately receiving multiple reports.


Missing monkey makes herself at home inside Memphis clothing store

On Tuesday, officers with CPW’s Northeast Region were contacted by two men in Boulder who saw the bear “with the bucket on its head” and chased it up a tree, they told KMGH. Wildlife officers responded to find the bear in the branches. They tranquilized the animal, brought her safely to the ground, and removed the chicken feeder, CPW confirmed on Twitter. Once the bucket was removed, the bear was released back into the wild.


Lake sturgeon back to spawn at Genesee River after 50 years

CPW’s Northeast Region has since shared video of the rescue, including one taken by Wildlife Officer Sam Peterson, who climbed the tree to retrieve the tranquilized bear. CPW also said the bear wasn’t severely affected by the ordeal.