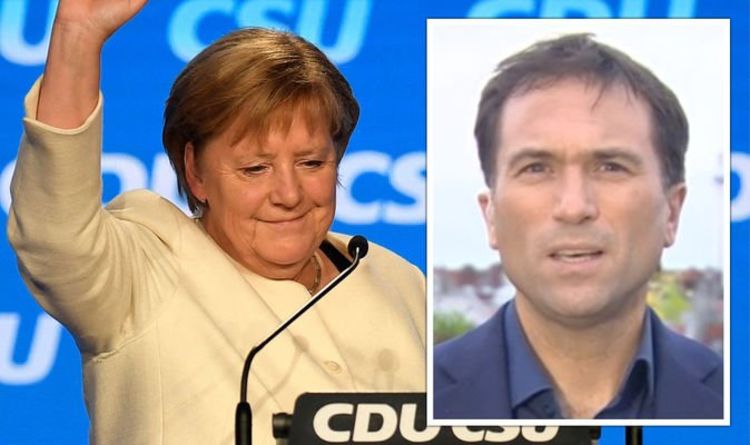 The BBC Outside Source presenter noted the German election due to take place this Sunday represents a major change not only for Germany itself but also for the European Union. Mr Atkins noted the close relationship Angela Merkel had with her former minister Ursula von der Leyen, now heading the European Commission, will play a major role in the future of the bloc. He said: “As with many elements of this election, Germany and the EU is about the new leader but it’s also about the leader who’s leaving.

“For many years, she served as minister in Angela Merkel’s Cabinet.

“As Politico writes ‘von der Leyen is losing more than a close ally – she’s also losing a political mento and someone who backed her even in tough times.’

“Once again, we come back to Boris Johnson’s description of Merkel being a guide during the pandemic and that’s true of the European Union too.”

JUST IN: Corbyn launches all-out assault on Starmer in call for radical action on eve of conference

He added: “The new Chancellor will have to decide what kind of guide he or she wants to be on issues for the EU like defence, climate and monetary policy.”

Chancellor Merkel announced in 2017 she would not stand again and would step down from the Bundestag after over 16 years in power.

The Christian Democratic Union (CDU) selected Armin Laschet as her successor as leader of the party and he will now be standing to succeed her as Chancellor.

But Mr Atkins noted the CDU candidate has been facing accusations of being rather “vague” about his policies and of lacking Mrs Merkel’s charisma.