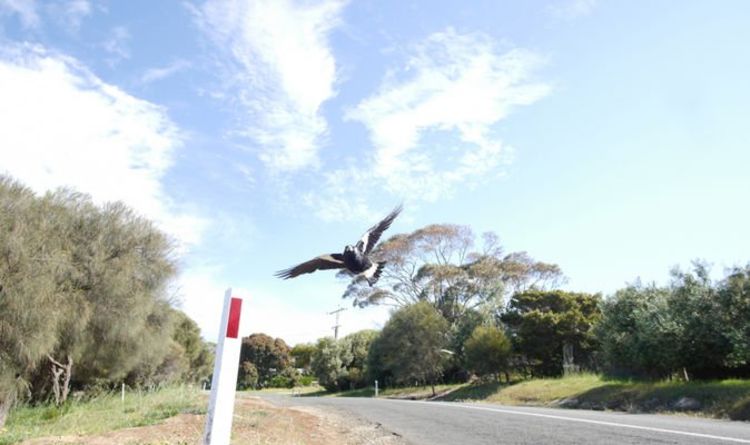 The baby girl was left with severe head injuries and later died following the tragic accident in Australia. A Queensland Ambulance Services spokesperson said: “A mother had reportedly been ducking to avoid a magpie and then tripped over with a baby in her arms.

“We transported an infant to Queensland Children’s Hospital in a serious condition with a head injury. The medical director was on board and so was a critical care paramedic.”

The baby, who has not been identified, later died in hospital.

The incident happened yesterday at around 12.05pm at Glindemann Park in the southeast of Brisbane.

Brisbane City Council standards chair, Kim Marx, told ABC: “This is an extremely tragic accident and our hearts go out to the family involved.

“A number of signs warning about swooping birds were in place around the area where this incident occurred, and our officers have now installed several more.”

Sean Dooley from BirdLife Australia added: “While it is only the male magpies that swoop- and only 10 percent of males do swoop- the consequences, especially when people are caught unaware, can be truly terrifying and devastating.

“Swooping season only occurs when the male magpies are defending the chicks in the nest – so for that brief period where the chicks are really vulnerable.”

Mr Dooley said Australia’s swooping season occurs between July and December, with a peak in September.

A Queensland Police spokesman said a report is being prepared for the coroner.