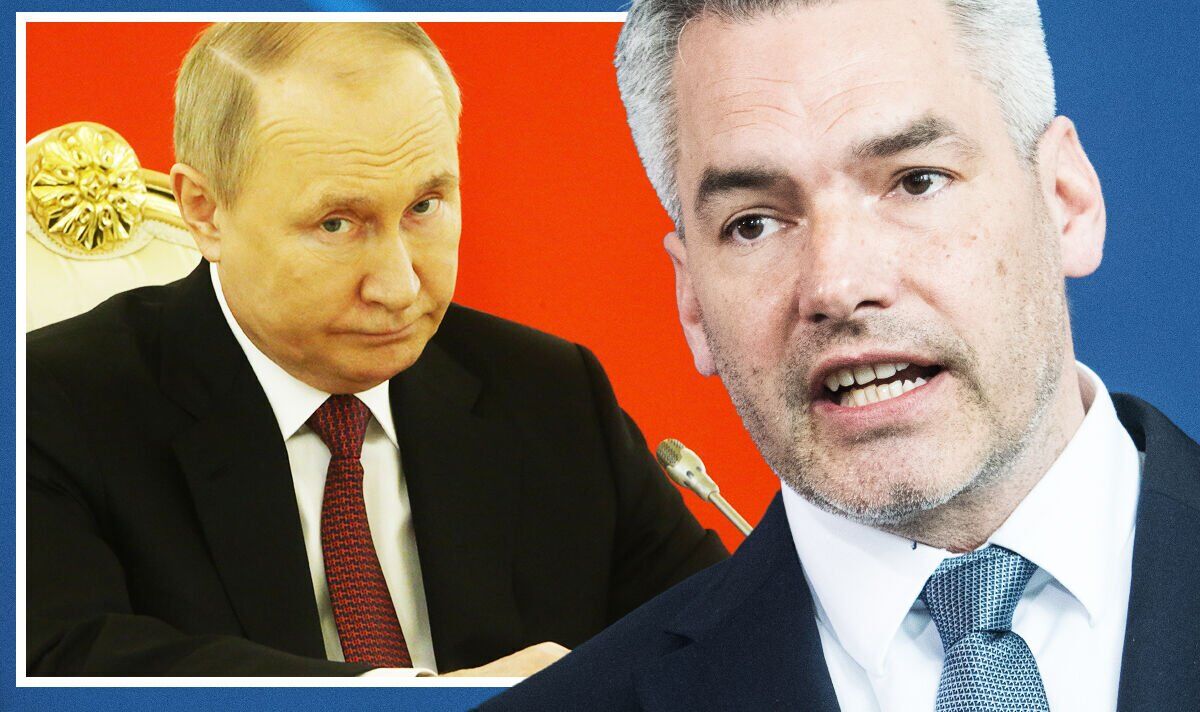 The two Nordic countries have long shaken their heads at the suggestion of joining the military alliance. Finland, which was the first to file its application, has been described by Max Seddon of the Financial Times as having been so “stringent” about neutrality over recent decades it “became a byword for it”.

But the changing geopolitical situation following Russia’s invasion of Ukraine prompted a U-turn from both the countries.

Austria, however, remains unconvinced by arguments in favour of joining the fold.

He told STANDARD that its position outside of the military alliance acts as a bonus, not a burden, both for Austria itself and the wider international community.

Mr Nehammer highlighted that his country can “live international solidarity” in the EU and UN missions while at the same time playing the mediator in conflicts.

Defence Minister Klaudia Tanner added that the reasons Sweden and Finland have chosen to apply for NATO membership simply do not apply for Austria.

Sweden shares a maritime border with Russia, while Finland shares with it a more-than 800 mile land border.

Austria, on the other hand, is far enough removed to keep NATO membership out of the question.

Article 42.7 of the Lisbon Treaty, for example, binds member states to assist an attacked member “by all the means in their power”.

The view that Austria should remain outside of NATO is held not just by its leading party but also by its opposition.

Sweden and Finland’s own bids could yet be blocked, given all NATO members must approve the entrance of a new country.

Turkey could stop their admission, with President Recep Tayyip Erdogan having recently asked: “How can we trust them?”

After their bids were officially announced, the Kremlin stressed there would be “far-reaching consequences”, while Vladimir Putin warned against the “expansion of military infrastructure” within the potentially expanded alliance.